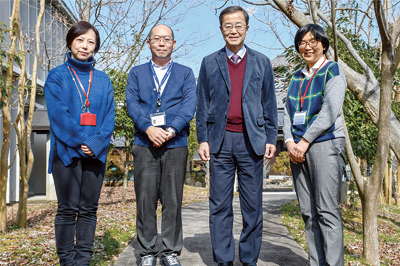 Trained in Japan (Doctorate at the University of Tokyo), I have held positions at the History Department of the School of Oriental and African Studies, University of London, the Center for Southeast Asian Studies, Kyoto University, the Graduate School of Economics, University of Tokyo, and the National Graduate Institute for Policy Studies (Japan). My research concerns the history of intra-Asian trade and labor-intensive industrialization in the last two centuries. I am currently working on the economic and environmental history of Monsoon Asia in longterm perspective. I also act as Vice-Chair of the Future Earth Committee of the Science Council of Japan

This program aims at providing realistic perspectives and options to facilitate the transformation towards a society that can flexibly respond to environmental changes caused by human activities such as global warming and air pollution, as well as to natural disasters.

To demonstrate the fundamental significance of global environmental sustainability for human society, we need to make intellectually explicit the links between environmental change and natural disasters on the one hand, and social issues such as livelihood, inequality, social security and conflict on the other, and reinforce understanding of these links in the real world. RIHN’s Societal Transformation under Environmental Change research program contributes to this task.

The Program follows two lines of inquiry. The first conducts research on Asia’s long-term paths of social and economic development in relation to climate change and environmental history. Such studies offer historical understandings of the human-nature interface. For example, postwar development of the industrial complex along Asia’s Pacific coast was made possible by the combination of imported fossil fuels and utilization of rich local resources of land, water and biomass. Urban and industrial development in the region produced both rapid economic growth and at times severe environmental pollution and degradation. It is important to recognize the causes and consequences of these historical processes in their own light, as well as for their significance to future societal change and policy deliberations.

The Program’s second line of inquiry examines the kinds of motivations that affect people’s livelihood, by working closely with various stakeholders in local society in Asia. The project based in Sumatra’s tropical peat swamp forest, under this program, has identified four principal kinds of motivations—local livelihood, profit of local farmers and agricultural and industrial enterprises, local and centrally-based governance, and conservation measures implemented by governments, NGOs and international institutions—and examines how they can be best coordinated to promote sustainability at the village level. Research also helps implement policies at local, national and international levels. This ongoing project, which cooperates with local universities, companies and officials, has already contributed to the development of regional and national policies to control peatland fires, which in recent years have become a significant environmental issue in Indonesia and beyond.

This program coordinates a variety of research projects along these lines, including another project on Eco-DRR under this program,in order to develop a perspective that helps direct research and social transformation in Asia.

Fair Use and Management of Diverse Resources 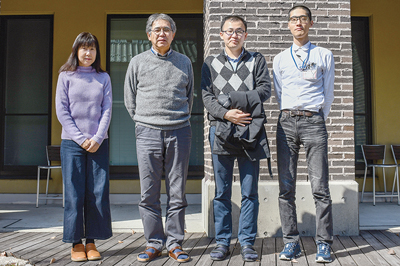 Global environmental problems are inter-related. Studies concentrating on single issues are therefore often not effective and consideration of the links between multiple resources involving stakeholders is essential. Recently, the nexus structure linking energy, water and food production has become a prominent area of study, but truly sustainable societies require more comprehensive understandings of the ecological resources that provide ecosystem services and cultural resources. The production, circulation and consumption of resources should be discussed in relation to a range of spatial scales, and stakeholders should be involved in these discussions. Sustainable use of resources requires fair and wise management systems as well as indices capable of managing these processes.

Many existing socio-economic or human behavioral systems must be converted or transformed into new systems capable of addressing the special qualities of renewable natural resources, as these qualities have sometimes been externalized from conventional economics. Asia is experiencing rapid change in economy, urbanization and population, though traditional techniques for sustainable resource management, associated with the relatively rich humanosphere and cultural background in this region, also survive. Study of this long-standing Asian experience of resource use may offer important observations about sustainability in general.

In 2018, we initialized a database of resource supply and demand in every prefecture in Japan in order to assist comparative and integrative analyses of research sites. One initial analysis of this database indicated that prefectural sustainability is related to population density. We would like to enhance this database’s relevance as a decision-support tool at all levels, from the municipality- to the national-scale, and expand its ability to assess multiple resources.

Designing Lifeworlds of Sustainability and Wellbeing 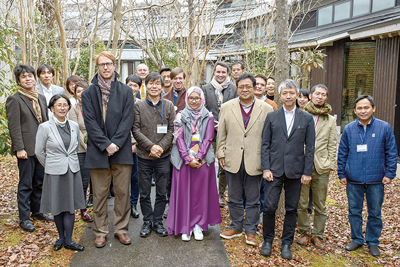 Tatsuyoshi Saijo specializes in designing social systems that promote sustainability and equity without inhibiting individual incentive. His interest is in developing the field of “Future Design”, one that links the happiness and wellbeing of current generation to that of future generations.

More than 60% of the world’s population resides in Asia and over a third of global economic activity occurs there. Asia is comprised of an incredible diversity of cultures, histories, societies, economies, livelihoods, and ecologies. Asia is also affected by myriad global and local environmental issues, such as population increase, air, water, soil, and coastal pollution, increasing greenhouse gas emissions, and biodiversity loss. The region is also affected by growing wealth disparity, social isolation, rising levels of poverty, and the disappearance of traditional cultures and knowledge. The combination of migration between the countryside and cities, rural depopulation, and urban concentration is accompanied by rapid socio-cultural change, over-exploitation of resources, and deterioration of natural environments. Both urban and rural lifeworlds are disintegrating rapidly.

As a consequence, in reconstructing the lifeworld concept and highlighting the reciprocal linkages between rural and urban spaces, Program 3 designs lifeworlds of sustainability and wellbeing and co-creates concrete pathways for their realization. Program research is based on the diverse world-views and accumulation of experience of human-nature co-existence. These latent socio-cultural elements, such as livelihood styles, lay knowledge, conflict resolution strategies, and the vitality of the people themselves can be called upon to address contemporary problems and to help chart a course toward possible future societies. Program 3 builds upon these experiences and knowledges of human-nature interaction to propose concrete changes needed to achieve a sustainable society.

The transformations and frameworks leading to sustainable urban and rural lifeworld design, will also entail fundamental shifts in existing economic systems, markets, and political decision-making systems. Rather than investigating top-down approaches to system change, Program 3 will work with local residents, government officials, companies, citizen groups and other stakeholders to propose sustainable alternatives and gauge their feasibility.

In order to avoid the risk of developing proposals that are only applicable to specific regions or sites, Program 3 will aim for research results that are generalizable while also retain the diversity at the heart of local lifeworlds and wellbeing.

The highlight of this year was the Program’s session in World Social Science Forum 2018 at Fukuoka (Lifeworlds of Sustainability and Well-being in a Shrinking Japan). Both the FEAST Project and the Sanitation Value Chain Project research the ways in which depopulation is affecting the sustainability and well-being of those in rural Japan. At the same time, Japan’s shrinking society represents an opportunity to reduce overall ecological impacts, rethink the values associated with well-being, and restructure economic interrelationships to align with reduced resource consumption. Peter Matanle (University of Sheffield), Steven McGreevy, Ken Ushijima (Sanitation), Yui Takase (Ibaraki University), and Christoph Rupprecht (FEAST) reported their research results. The output of this session will be a book from Springer.