An Interdisciplinary Study toward Clean Air, Public Health and Sustainable Agriculture: The Case of Crop Residue Burning in North India 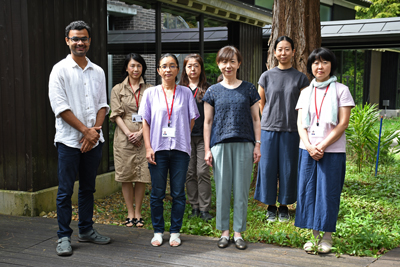 Dr. Sachiko Hayashida is an atmospheric scientist who has long history of research on stratospheric ozone depletion, air pollution and greenhouse gases. She received the Horiuchi Award from the Japan Meteorological Society in 2002. From 2005-2008 she was a member of the Science Steering Group of the Stratospheric Processes And their Role in Climate (SPARC) within the World Climate Research Programme (WCRP). From 2010-2018 she was a committee member of the International Commission on Atmospheric Chemistry and Global Pollution (iCACGP), a special commission within the International Association of Meteorology and Atmospheric Sciences (IAMAS). She is currently a president of the Remote Sensing Society Japan (RSSJ).

This study addresses air pollution caused by large-scale post-harvest burning of rice-straw in October and November in the states of Punjab and Haryana in North-West India. The burning causes severe air pollution in the surrounding areas, most notably in the Delhi-National Capital Region. Some evidence suggests that crop-residue burning negatively affects air quality over the entire Indo-Gangetic Plain (IGP), demonstrating the potential negative impact of changing agricultural practices on regional air quality, affecting public health and well-being of hundreds of millions of people.

Historically the Indian Punjab region, a semi-arid zone with insufficient precipitation, was not suitable for intensive cultivation. Traditional agriculture in the region consisted of a combination of cultivating wheat and raising livestock (cattle). Development of irrigation canals during the British colonial period transformed the region into a granary. In the 1960s, the area became the seat of the so-called “Green Revolution”, and played a central role in producing food for the populous nation. In the 1970s, most of the region adopted a double-cropping system of wheat and rice. However, this cultivation practice required farmers to sow wheat seeds immediately after the rice harvest. While traditional hand-harvest allowed cropping of rice stalks near ground-level, increasing use of combine harvesters leaves large quantities of stubble in field. Farmers are forced to quickly burn this crop residue (stubble and stalk) in order to prepare for wheat seeding in the short period between late October and early November.

Winds in this season shift to the northwest, often blowing smoke from stubble burning to Delhi-NCR, markedly affecting air quality in Delhi. Actually, however, the cause and effect relationship between stubble burning in the Punjab region and worsening air pollution in Delhi has not yet been established quantitatively. This lack of definitive quantitative evaluation is due to the poor state of the air pollution monitoring network in India compared to those in developed nations. Unfortunately, many farmers of the Punjab region are reluctant to acknowledge their own actions as the cause of air pollution in Delhi, and there is also some disagreement among academic researchers as well.

This project will utilize observation data and model simulations in order to provide a scientific examination of the connection between stubble burning in Punjab and severe air pollution in Delhi. Based on this scientific understanding, we will pursue a pathway of social transformation toward clean air, public health and sustainable agriculture. We will organize three working groups to approach stakeholders; all working groups will examine various measures to raise awareness regarding farmer/community behavior, and as well as that of stakeholders and government (Figure 1).

Working Group 1 will examine incentives promoting farmers’ behavioral changes and various alternative uses of straw. In the first year of the project, we will conduct a survey across the entire state of Punjab based on voter lists. The results of the survey will allow to conduct intensive interviews assessing the traditional cultural background of farming, labor availability and impact of subsidies on farmer and community decision making. In parallel, we will examine both technical and socioeconomic advantages/disadvantages for straw management. We will examine several options for use of straw and suggest how they may lead to new agricultural practices, products and markets.

The mission of Working Group 2 is to utilize observations and model simulations in order to quantify the effects of stubble burning in Punjab on air quality of Delhi-NCR. As monitoring data are sparse in Punjab, we will set up a network of several hundred compact instruments to monitor ambient PM2.5 and prepare refined estimate of inventory emissions from stubble burning. This data, combined with satellite measurements covering wider part of the IGP, will allow model simulations for extended analysis. In the later years of the project, PM2.5 distribution will be transmitted on smartphones via newly developed apps.

Working Group 3 will conduct a health education class on “Air and Health” to increase awareness of local residents’ health. In parallel, members will examine children and women’s symptoms and test their pulmonary function. The advantage of our research plan is that we can estimate individual PM2.5 exposure using compact PM2.5 monitoring instruments. Figure 2 is an example of PM2.5 exposure taken in Punjab on Nov. 2, 2018.