Mapping the Environmental Impact Footprint of Cities, Companies, and Household 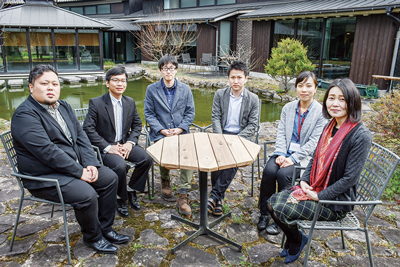 I was a Lecturer of Institute of Decision Science for a Sustainable Society at Kyushu University and Faculty of Economics and Law at Shinshu University. From 2009-2011, I was a Visiting Research Fellow at Integrated Sustainability Analysis, the University of Sydney. I received my Ph.D. in 2014 from Tohoku University. My main research interests are in Industrial Ecology, Environmental Economics, Input-Output Economics (multi-region, environment), and Networks. I developed Eora multi-region input-output database with Manfred Lenzen, Daniel Moran, and Arne Geschke. I am a member of the editorial board of Journal of Economic Structures. In 2018 I was named a Highly Cited Researcher in the field of Cross-Field by Clarivate Analytics.

A recent study in Nature showed that up to a third of biodiversity loss is driven by trade, and a body of other studies have identified the same pattern for GHG emissions, air pollution, and other environmental ills. Many environmental impacts worldwide are ultimately driven by consumption in developed countries. Considerations of remote responsibility, ecological footprint, and scope 3 emissions are now a standard part of the environmental policy discussion at many levels, from the UNFCC to individual businesses and households.

Providing better information to buyers and decisionmakers can be a powerful way to reduce environmental pressures worldwide. The life-cycle analysis (LCA) and supply chain analysis tools (multi-regional input-output (MRIO) models) used to analyze these remote effects in detail have benefited from significant advances in the past years, with improving models and, more recently, the link of economic models to spatial (GIS) maps that locate more precisely how global supply chains link to particular emissions and biodiversity hotspots.

However, while existing work sketches out the broad picture, it still falls short of being detailed enough to help with many specific decisions. Existing supply chain analyses operate at the resolution of countries and broad economic sectors. In practice decision-makers at these levels often only have limited effective economic and judicial power. Many individuals, businesses, and local governments are seeking to reduce their total environmental footprint, but existing models are either too coarse resolution to be truly useful or require expensive and time-consuming modifications to be useful for informing specific decisions.

Unlike most studies, which focus on environmental emissions and international trade, this is the first study to clarify the effect of global supply chains on environmental impacts. Further, in addition to countries and regions, we will estimate the environmental footprint of cities, companies, and households. The proposed project would be a major contribution and can be expected to be of high interest to businesses, policymakers, NGOs, sustainability consultants, and researchers around the world. The project team has deep experience in supply chain analysis and environmental impact assessment.

In 2018, we estimated the carbon footprint of 13,000 cities. Key findings are the following: