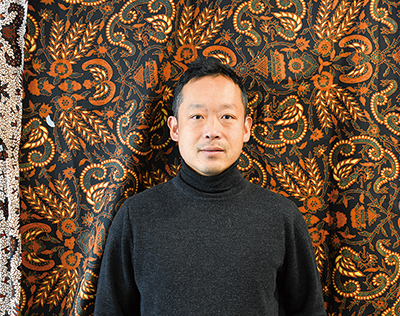 Osamu Kozan has conducted hydro-meteorological observation and hydrological modelling in Asia. Based on field observation data, he developed hydrological land surface models considering actual water management in the Huai River basin in China and the Aral Sea Basin in Central Asia and developed a forecasting model of snowmelt-flood in the Lake Biwa basin, Japan. He has been conducting integrated natural and social science research on peatland society in Riau province and action research on peatland rehabilitation since 2008. He is continuing research on the effects of peatland fires and the accompanying air pollution on the local community.

Necessity of the study

Peat swamp forests are found throughout Southeast Asia, especially Indonesia, and contain massive stores of carbon and water. Over the last two decades, these swamps have been intensively exploited in order to create commercial acacia and oil palm plantations. As these commercial tree species cannot grow in swamps, peatlands have been drained, creating extensive areas of dried peatlands that are extremely vulnerable to fire.

In 2015, peatland fires burned 2.1 million hectares of forest in Indonesia, aff ecting 45 million people. A half million people suff ered from upper respiratory tract infections, and thousands of people, especially children, were afflicted with asthma. The government responded to this disaster by mobilizing the army, punishing people who set fires, and refusing to issue new peatland development permits. These measures were urgently needed, but provided only short-term relief. The public has demanded longer-term and more sustainable measures, such as rewetting and reforestation of peatlands, activities also promoted by this project since 2012. The government of Indonesia established the Peatland Restoration Agency in January 2016, and declared that two million hectares of degraded peatlands would be restored by 2019.

The objective of this research project is to use action research to generate solutions to peatland degradation and related fire and haze in tropical regions. The project seeks to identify and implement alternative practices in collaboration with local people, academics, governmental offices and officials, NGOs, and international organizations. The project conducts multidisciplinary research in order to clarify the entire process of peatland degradation. We especially focus on three topics: A) History of development; B) Peat environment; and C) Climate change. Each topic sheds light on the cyclical series of social and environmental phenomena related to the process of peatland degradation. We study the vulnerability and transformability of each key subject in order to develop innovative peatland restoration activities that are useful to tropical peatland societies.

Peatland ecosystems are vulnerable to rapid state-changes. We explore their vulnerability with scientific methods, analyzing the socio-economic history of peatland societies, monitoring greenhouse-gas emissions in various types of peatlands, and tracking historical change in the amount of rainfall and signifi cance of haze. Damage due to human disturbance is not completely reversible, however, and it is also necessary to consider what level of activity is consistent with sustainable development of the local economy.

In order to address this dilemma, we use transdisciplinary approaches to explore the transformability of peatland societies. We promote village participation in peatland restoration activities and suggest effective policies to administrators, arrange effective applications of paludiculture and social forestry, and use weather radar to identify potential fire outbreaks.

This research thus supports the future potential of peatland-based societies, the phasing out of monoculture production activity, the development of paludiculture, and the enlargement of protected peatland areas.

Project researchers first introduced the practice of rewetting and reforestation in peatland areas in Bengkalis District, Riau Province in 2010. This experimental site has attracted significant attention especially since 2015, when fire and haze became very serious in the area. Along with project-led international seminars, the site has significantly enhanced public awareness of rewetting and forestation to promote peatland regeneration.

We signed Memoranda of Understanding with the Peatland Restoration Agency of Indonesia and Riau University to conduct action research on peatland restoration. Our project has created action plans based on these MOUs and begun to implement a restoration program in which social forestry programs are designed to strengthen the land rights of people on degraded state lands. In addition, continuous monitoring of green-housegas emissions from peatlands, the influence of haze on atmosphere, and seasonal changes of local rainfall, allows us to clarify the influences on, and processes of, peatland degradation.

Catastrophe and Regeneration in Indonesia’s Peatlands: Ecology, Economy and Society was published by the National University of Singapore Press in 2016. This volume provides interdisciplinary field-based and historical analyses of peatland degradation through examination of the survival motives of local people, the profit motives of companies, and the conservation motives of government and NGOs. The book showcases the potential solution of rewetting and reforesting “the people’s forest”. The book has been reviewed in various media, including leading international academic journals. Our project will continue to build on this research in order to develop new insights on tropical peatland management.